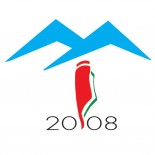 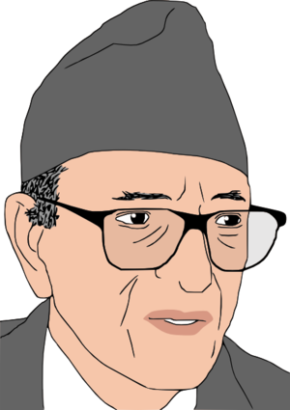 Of all the people in Nepal, the Khas have perhaps the most interesting political and historical background. They have had one of the most controversial historic past behind them as well. The irony of the situation is that none of the Khas people are aware of all the things that have gone on around and about them. They were and still are largely illiterate and backward to be able to understand the historic process. This has been very painful for them and difficult to deal with for other people interested in their conditions.

The main reason for confusion is that none of the conscious and educated people among them want to be identified as Khas. They disown the identity of being Khas once they become educated and prosperous. Then they move away from their traditional areas and prefer to introduce themselves as Chhetri and not as Khas. Consequently, there are no educated or prosperous Khas any more. Only those who are poor and ignorant remain within the original Khas community and in the traditional Khas which is known as Khasaan.

Even those people who are illiterate and poor intensely dislike being addressed or referred to as Khas. They prefer to be called as Chhetri or sometimes Matwali Chhetri, matwali means literally alcohol drinking; but in Nepal it simply means a lower caste and certainly not a Chhetri. The Khas people have been treated down and even vilified too much for several centuries mainly out of misguided information and efforts. They have no idea how and why did it begin at all. Only thing they know is that Brahman, Chhetri and Thakuri look down upon them and mistreat them. They are used to it and accept the situation fatalistically.

The fugitive Brahmans fleeing from the southern plains from Islamic Jehad during the medieval days took shelter in the western hills which was the Khas country until then. Brahmans by profession were not supposed to do any physical work. The only way of survival then for the Brahmans was to act as priests or preachers. In a pastoral agricultural society of the Khas no one was interested in any kind of education. So the Brahmins took to the profession of priests and began preaching the importance of hierarchic social and ritual order.

The Khas kings and feudal until then were Lamaistic Buddhists of Tibetan model. But they were given to understand the hierarchic caste order would give them more impressive and permanent high social and political status. Then they willingly allowed themselves to be converted to the Hindu high caste status and began to treat the common members of the tribe, who were not initiated, as low caste members of the newly introduced hierarchic caste order.

This process is not usual. The feudal political social structure of medieval societies was not guided by egalitarian principles anywhere in the world. All the prosperous and industrially advanced democratic societies of the world have gone through processes of heirarchisation although not necessarily of ritual order like that of Hindu Nepal. So the feudal among Khas were easily convinced by the Brahmans whose sole interest were their own survival and therefore would follow any strategy that would serve their self interest. However it would sound quaint and unreasonable if we were to judge them by modern standards today. It probably was the most reasonable and appropriate thing to do at the time.

Both the Brahman and the Khas aristocracy were probably following the most sensible course of direction at the time. Of course it looks unfair and the Nepali society is trying to modernize its own course of action today. Nepal would not have gone through successive political movements to establish a democratic political system guided by egalitarian principles if they were not convinced that the social order of the medieval days is no longer suitable for modern Nepal. Every educated Nepali knows that the errors of the past need to be corrected if they want Nepali society to emerge as one of the modern democratic members of the global community in future.

The feudal lords among the Khas, who converted themselves into Hindu high caste status by commissioning Brahmans and changed their title and family names into Chhetri and Thakuri, then alienated themselves permanently from their erstwhile tribal community.

The Khas are racially Caucasoid and speak one of the Indo-Iranina dialects which is locally known as khas kura or the Khas language. All of them can comprehend Nepali language since their language is closely related to the Nepali itself. However women and children, who do not travel outside of their locale, find it difficult to understand and certainly cannot speak the Nepali language.

Today the Khas people are found only in the western hills of Nepal and nowhere else. The reason is that their name and identity does not travel like those of any other people. They change their title and caste into Chhetri as soon as they leave their own area to settle elsewhere . Thus the Khas vanish once they move away to new places. Khas people today live in compact settlements in Humla, Mugu, Jumla, Dolpo, Kalikot, Jajarkot, Sallyan, Dailekh, bajura, bajhang, Doti, Dadeldhura, Baitadi, Darchula and many other areas of the far and mid western hills of Nepal. Their clan names include Adhikari, Aidi, Basnet, Bhandari, bista, Budha, Bohra, dhami, Khadka, Mahat, Mahatrara, Raut, Rawal, Reuley, Rokaya, Thami, Thapa, etc.

Their houses are built with stone and mud with flat mud roofs in the northern region and with thatch roofs at the lower altitude. In most part they are ill ventilated and dark. The ground floors of the flat roof mud houses in higher altitude are always used by domestic animals such as cattle, ponies, mules and donkeys and the upper floor are reserved for people.

Khas people continue with their tribal or ethnic Shamanic deities and are guided and led by their their Shamans in their cultural ritual needs. Their gods include Mashto, Kalashilta, Banth, Bura, Hyangery, Bhawani, Mhadue, etc. and none of the gods of established Hindu tradition. They always creamate their dead bodies by the river and the entire village abstains from work for the day as mourning for the deceased.

This entry was posted on December 3, 2013 by tourismtimesnews in Uncategorized.