A study team has made slew of recommendations, including hiking royalty fee for Mt Everest, to the government in order to make Nepal’s mountaineering sector more managed. 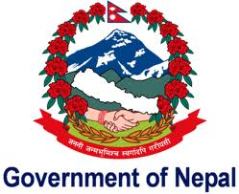 The 10-member team led by Purna Chandra Bhattarai, Chief of Tourism Industry Division under the Ministry of Culture, Tourism and Civil Aviation, has suggested to the government to charge US$ 11,000 per person as royalty fee for Mt Everest. Fee for Nepali climbers, however, has been suggested at Rs 75,000. It has suggested to the government to fix royalty fee for other peaks on the basis of their heights. The team has also suggested scrapping the existing group permit system.

The team has given 50-point suggestions on various issues related to the mountaineering sector to the government.
It has also suggested to the government to open up 32 new peaks for commercial expedition and take necessary initiatives so that five new eight-thousanders of Nepal gets international recognition.
The International Mountaineering and Climbing Federation (UIAA) is currently studying the proposal to recognize five new eight-thousanders of Nepal. The five peaks are Yarlung Khang – 8,505m (also known as Kanchenjunga West), Kanchenjunga Central – 8,473m (Nepal-India border), Kanchenjunga South – 8,476m (Nepal- India border), Lhotse Middle – 8,413m (Nepal-China border) and Lhotse Shar – 8,400m (Nepal-China border).
The team has also suggested to the government to name new peaks and base camps after legendary mountaineers and scholars like George Mallory, Andrew Irvine, Tenzing Norgay Sherpa, Edmund Hillary, Phu Dorjee Sherpa, Maurice Herzog, Luis Lachenal, Apa Sherpa and Dr Harka Gurung.
In a bid to discourage the tendency of setting records on Everest, the team has suggested to the government to recognize records on shortest summit, summit without bottled oxygen and maximum summits only if prior approval has been taken. Similarly, it has suggested to the government to fix fee for hoisting flags (except the national flags and the flags of the expedition teams) on the summit to discourage increasing commercialization of Mt Everest.

This entry was posted on December 3, 2013 by tourismtimesnews in Uncategorized.